Gender Company is an interactive performance of indefinite duration and existence created by artist Maya Inbar in 2018. It is also a paid educational conversation service aimed at cisgender men who want to improve their relationship with women, feminism and their own feelings, promoting education against sexism through dialogue. The main format of the project foresees individual and confidential meetings between the artist and the contractor, lasting at least thirty minutes, but the performance has already been performed in two formats: Gender Company – quickies (short and individual sessions between 5 and 15 minutes) and Gender Company – group (group conversation open to all genders). There are few records of the performance precisely because of its private nature. The experiment originates in the understanding that such conversations are often requested by cisgender males towards unwilling women, who feel then co-opted. Gender Company seeks to claim the recognition of this conversation – when conducted by people other than cismen – as work to be paid, and to reconfigure the desires and interests for a more egalitarian society in a gender perspective. Maya Inbar is a white cis woman, educator, visual artist, activist, and increasingly seeks to countercolonize her being in the world. Her artistic practice has turned to the micropolitics of relationships and the intersections between gender, intimacy and economics. 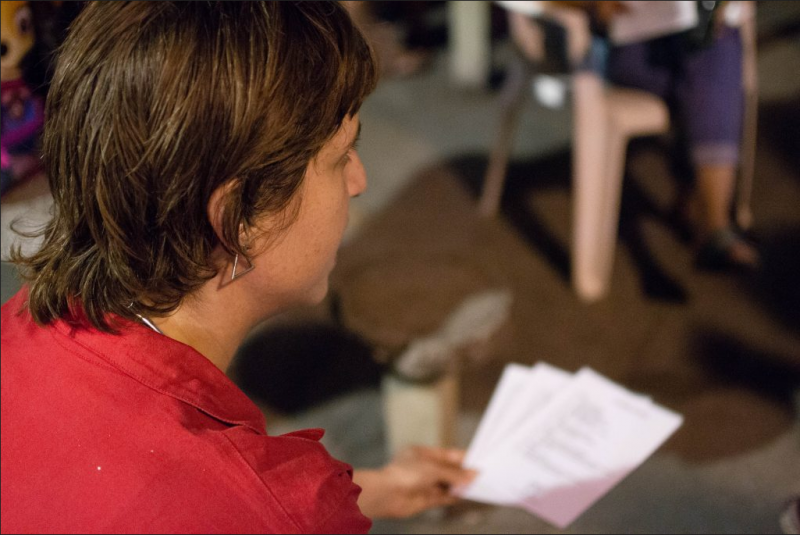 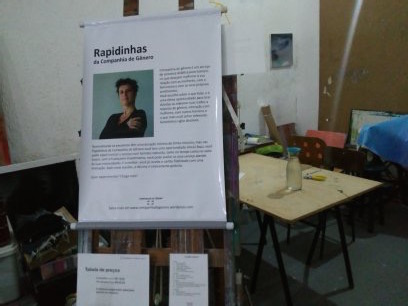 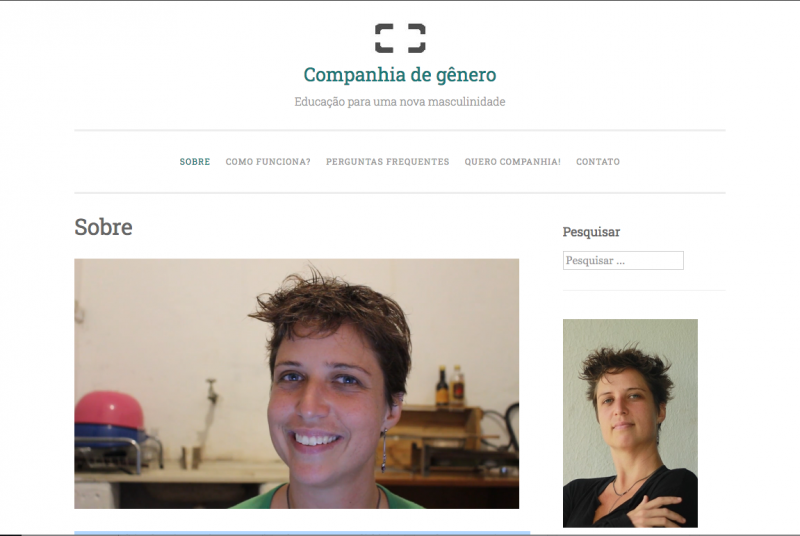 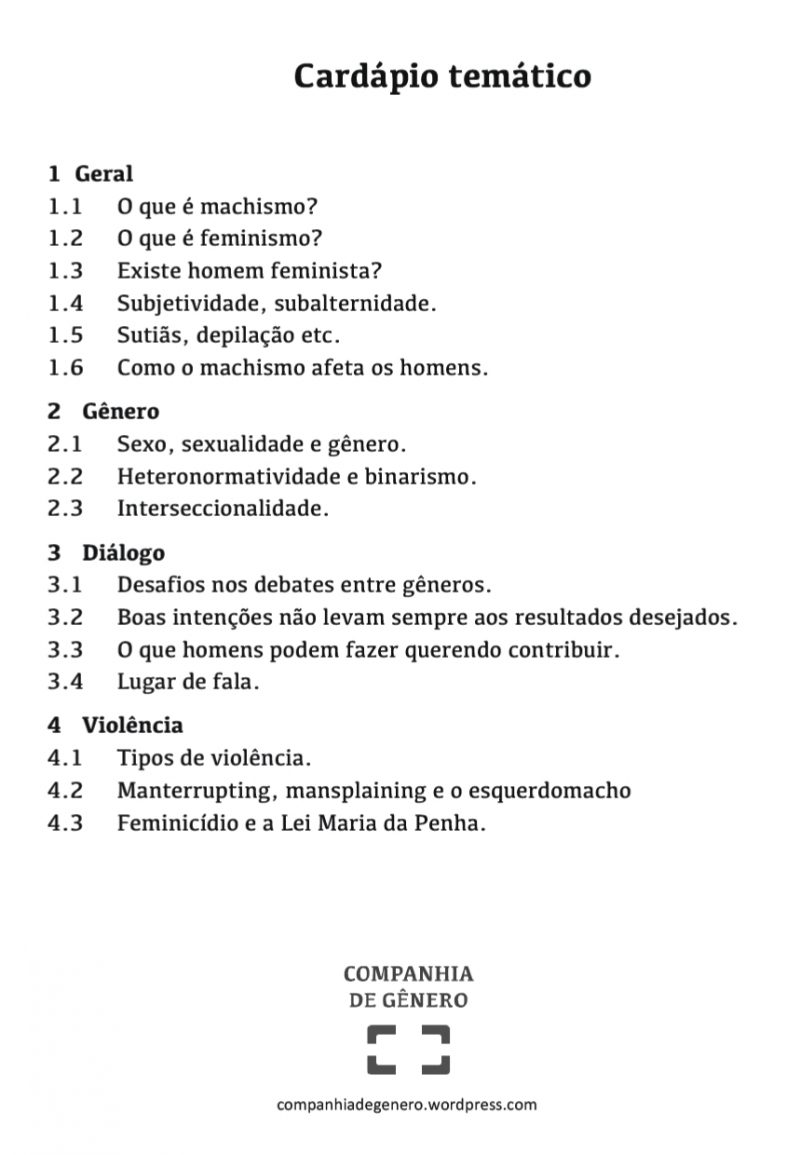