After the depredation of the Marielle Franco Street sign at Cinelândia by a far-right politician, the website O Sensacionalista launches a campaign to raise funds to print 1000 signs, slightly reduced in size. The signs were distributed for free to the public on October 14, 2018, in the same location, in the protest that marked 7 months since the crime. During the event, Mônica Benício, Marielle’s widow, symbolically replaces the plaque that was removed and destroyed. 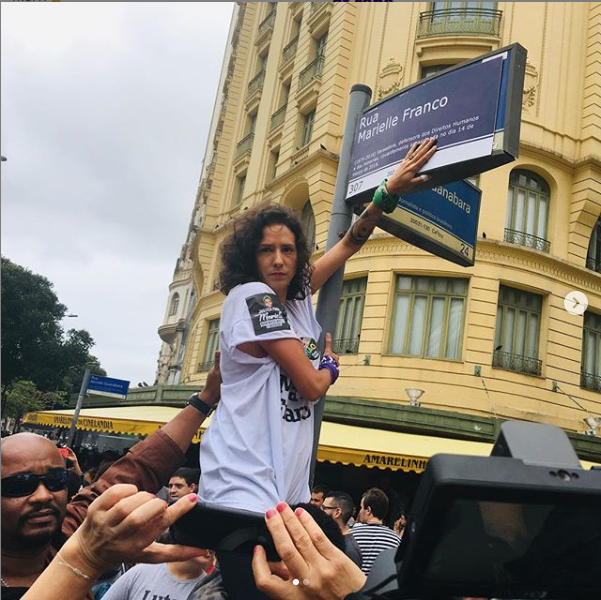 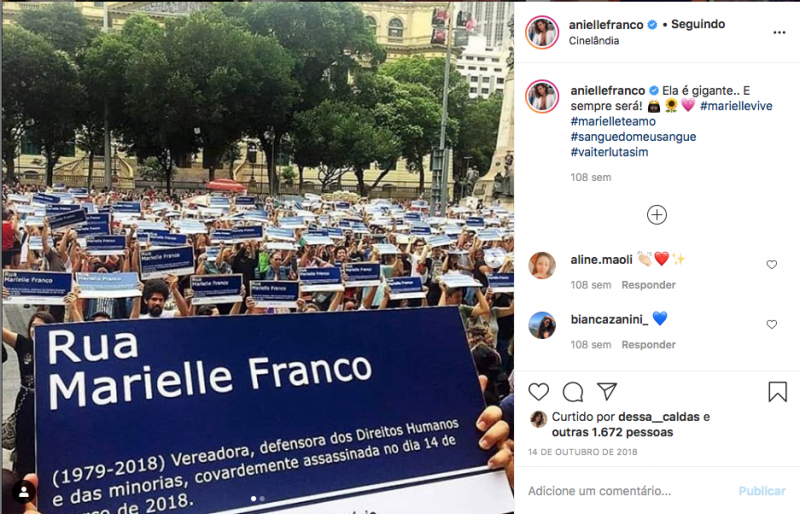 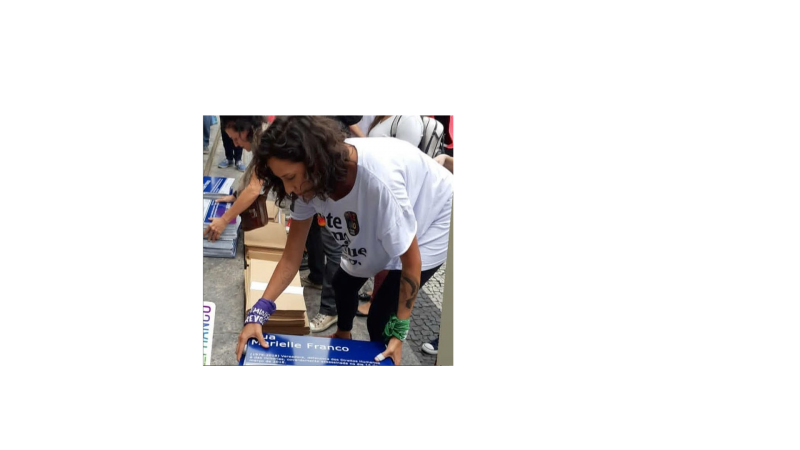 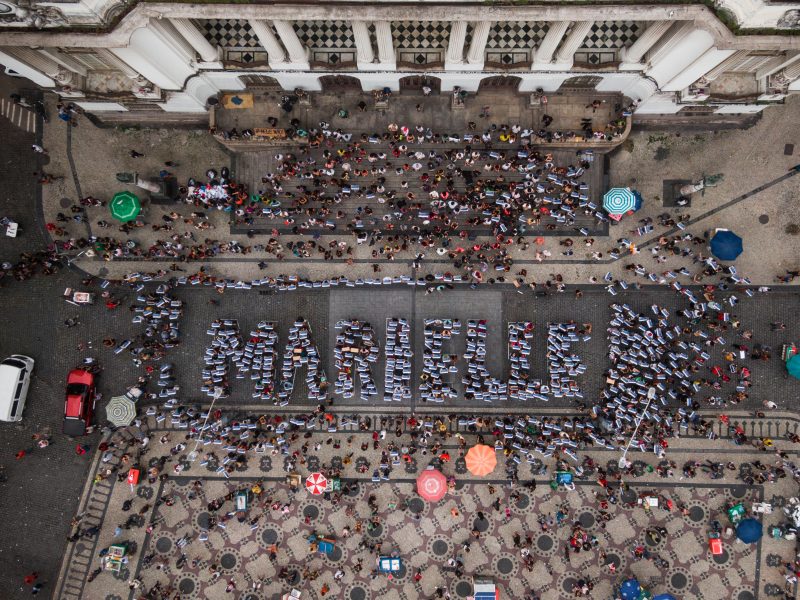 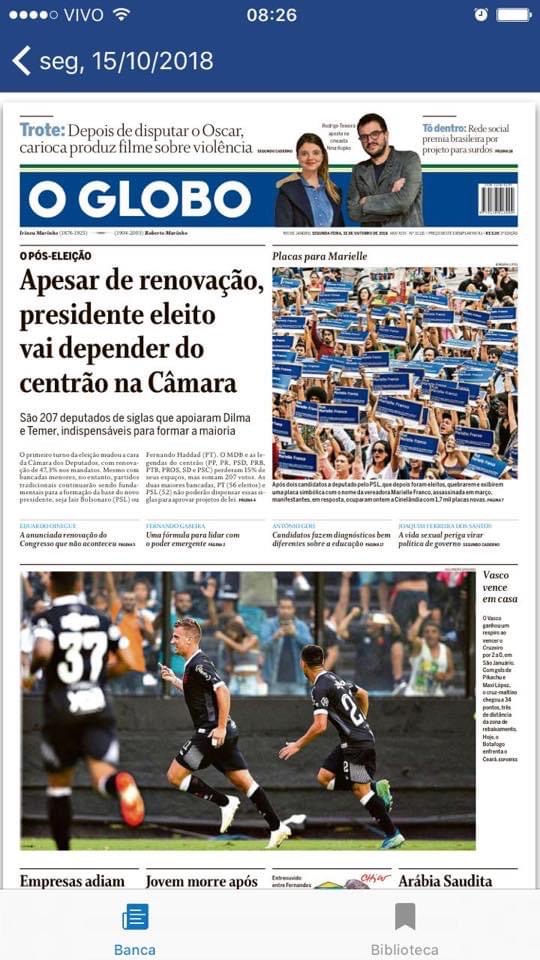 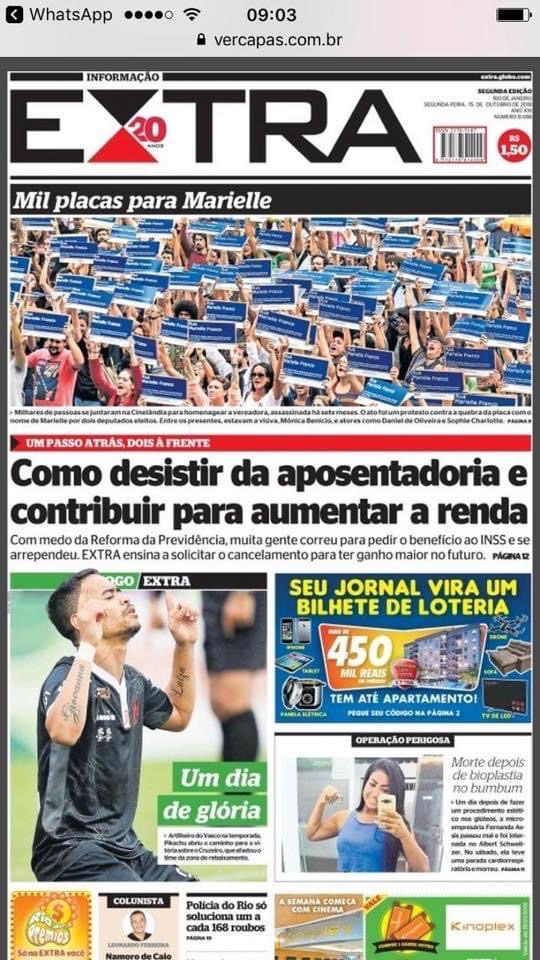 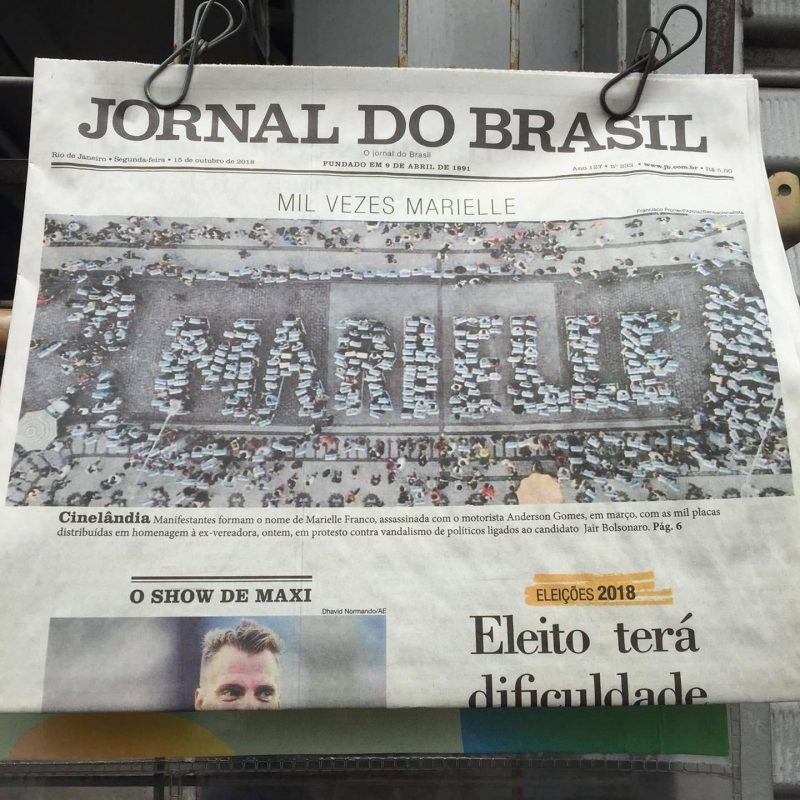 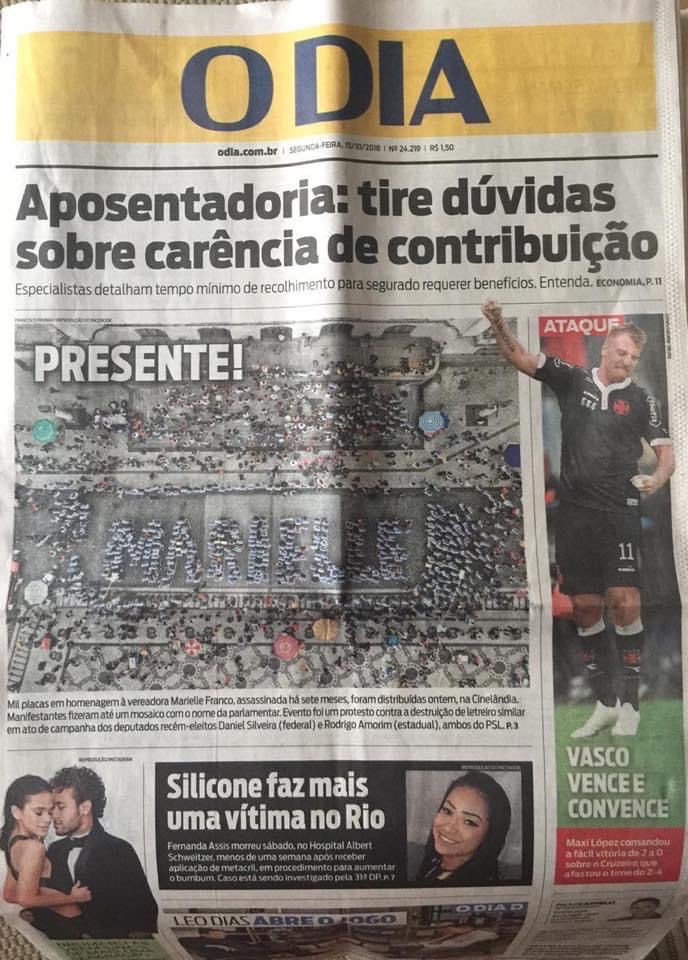