After the murder of Marielle Franco, photographer, lesbian activist and anarchist Ana Archis created the street sign in her honor. In total, six signs were printed by the activist following the exact same measurements of the street signs in Rio de Janeiro. Only four of them were installed in the streets. The fourth sign to be installed was in the first demonstration at the crime scene in Estácio, on the corner of Joaquim Palhares and João Paulo I streets, on March 28, 2018. 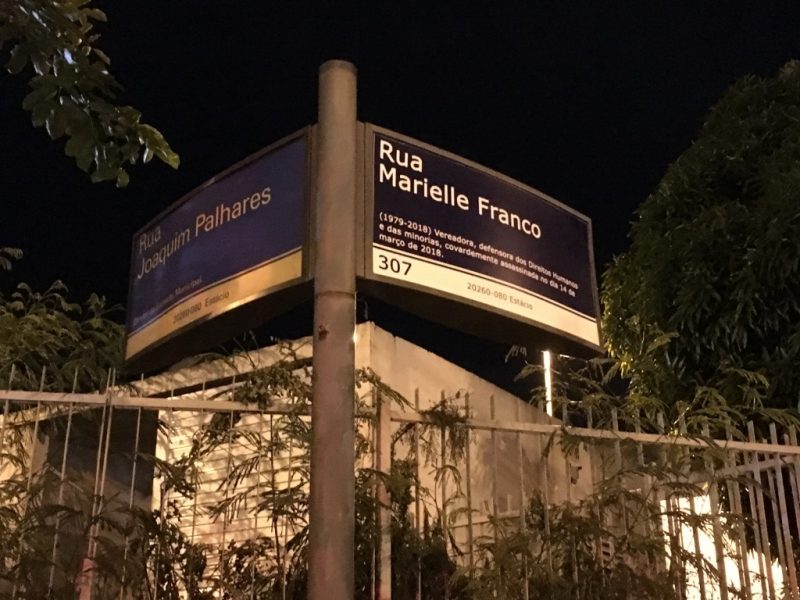