After the murder of Marielle Franco, photographer, lesbian activist and anarchist Ana Archis created the street sign in her honor. In total, six signs were printed by the activist following the exact same measurements of the street signs in Rio de Janeiro. Only four of them were installed in the streets. The third sign was installed during a political performance by the Black Panthers during a demonstration at “Casa das Pretas” (Black Women House), on March 22, 2018. 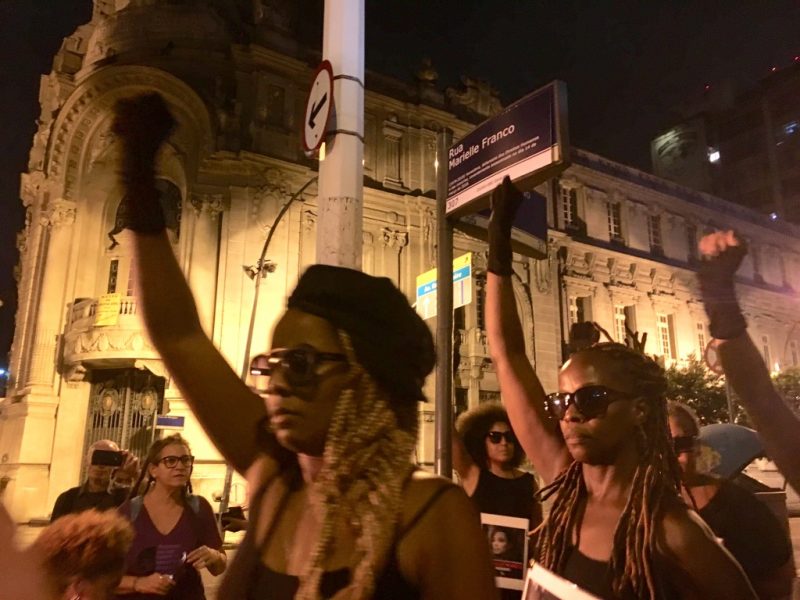 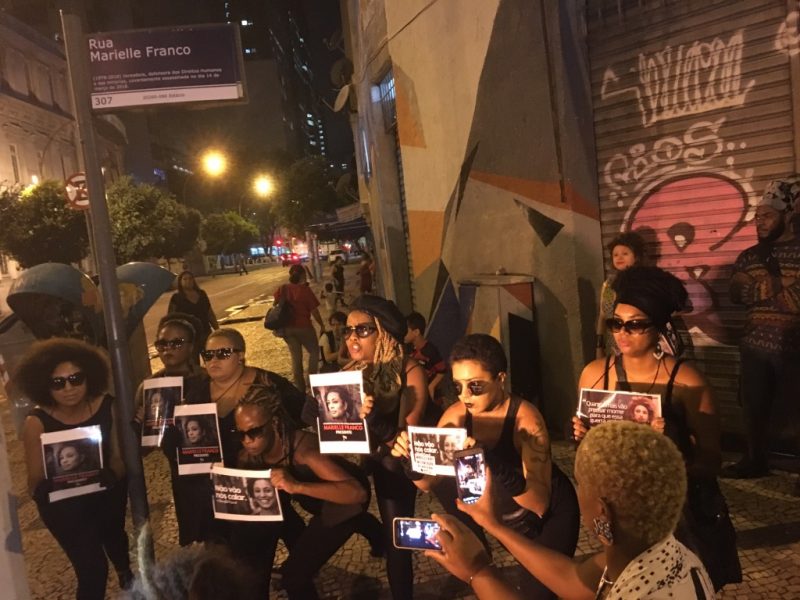 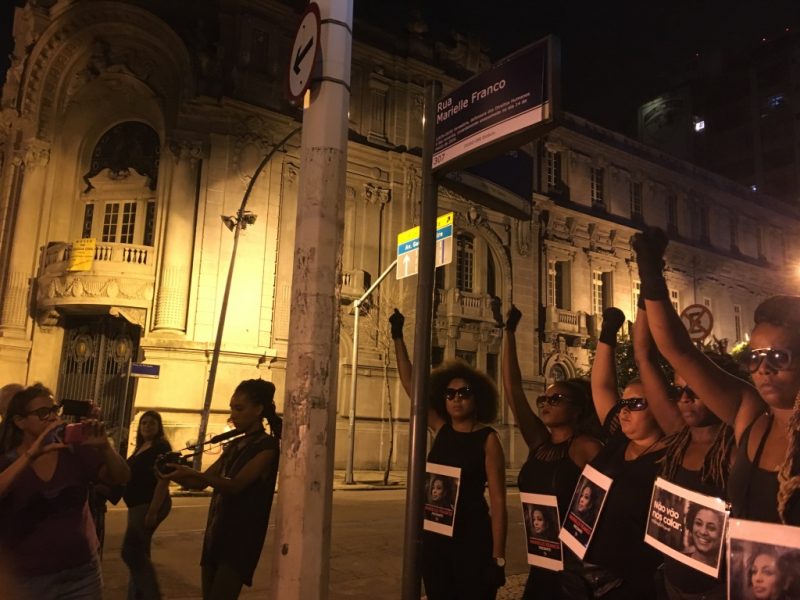