This installation is part of the project “…about an insurgent feeling”, by artist and activist from Pernambuco Ana Lira, and consists of a device-action that was initiated after an invitation to the exhibition “As Bandeiras da Revolução: Pernambuco 1817-2017 (Política da Arte 2017)”. The artist created devices and public actions to discuss the existing connections between the motivations of the revolution and the revolutionary motivations that we are currently experiencing in Brazil. Are there connections beyond an insurgent feeling? The second moment, documented here, abandons the relationship with the Pernambuco Revolution of 1817 and starts to discuss the insurgent motivations in contemporary Brazil through a residency developed in 2018 at Despina (Rio de Janeiro), in the Art and Activism in Latin America project. The research resulted in a set of flags, which were installed in the public space on the opening day of the World Cup. The flags ask: “Who is interested in naturalizing the exception-state?” and “Who is interested in naturalizing the exhaustion-state?”. 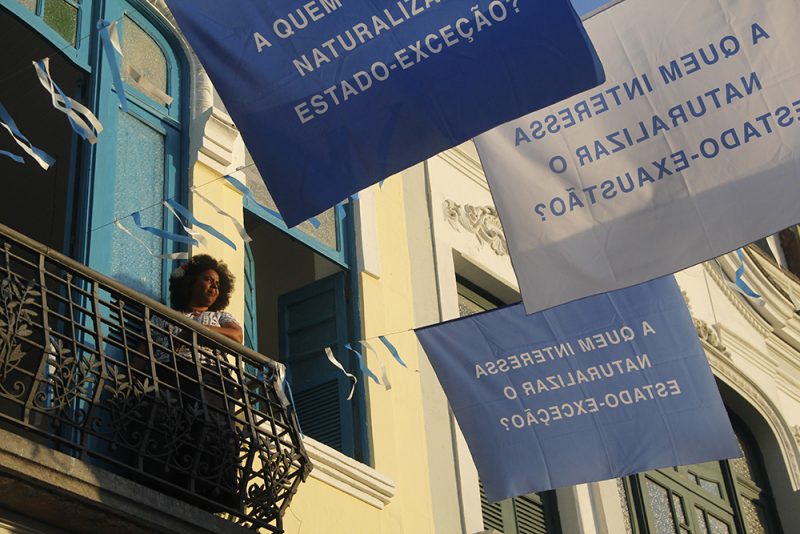 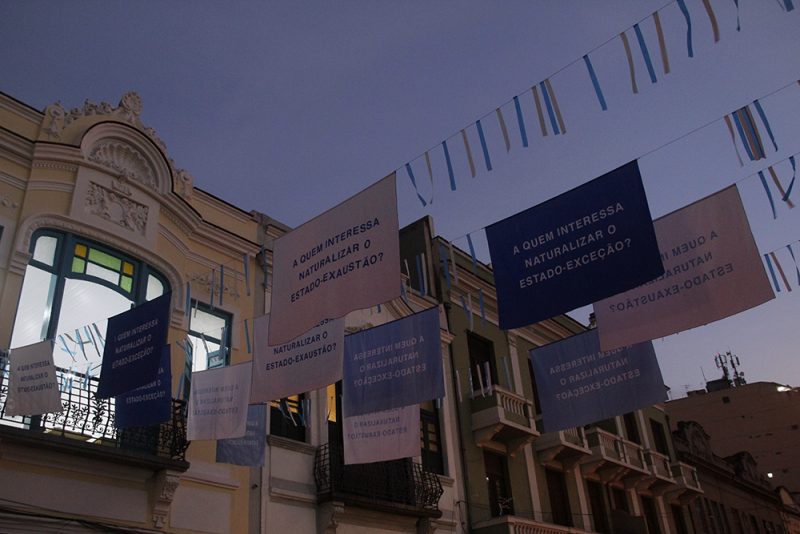 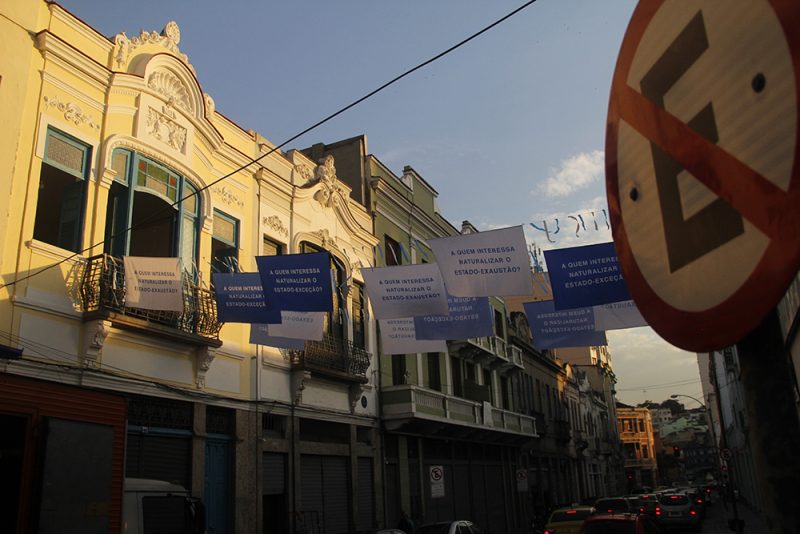